In the past, CCTV would simply provide pictures of an offender long after they had fled the scene. Now your security system can automatically send emails, SMS text messages or alerts to any location in real time. This gives you the opportunity to deal with events as they happen. 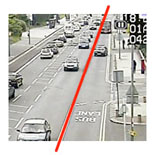 A virtual tripwire can be set alongside a road, railway or building perimeter. An alarm is generated when that tripwire is breached. Since the CCTV system “understands” direction, alarm discrimination based on direction of approach is possible. Up to two virtual tripwires can be placed in the scene and combined with logic, e.g. alarm only if both tripwires are crossed. 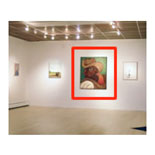 In museum mode an alarm will trigger if a static object is moved. The system can be configured for sensitivity and will ignore foreground movement. This feature can be used on recorded footage to establish when an object was taken. This can save hours of time searching by eye alone. 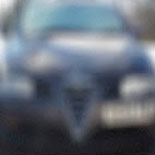 An alarm will trigger if a camera is covered or it’s view is obscured. Examples are camera failure, deliberate de-focusing and spray painting the lens.

Alarm will sound when motion is detected in an unauthorised area or when continuous motion stops, for example when an escalator or conveyor belts fails. This feature can save hours searching recorded footage for specific events.

Did You Know?According to DCC Gerrard, the CCTV lead for the Association of Chief Police Officers, there are 1.7M privately owned cameras in the UK. That’s 20% of the entire world’s surveillance cameras.

A complete security solution, designed for you

Best Evidence Technology is superbly placed to offer a complete service, with many successful installations in schools, police stations, and council buildings to date. Our professional designers will supply plans integrating CCTV with other electronic systems and physical security like barriers, gates, and fences, so you won’t have to overhaul existing security infrastructure.

"Editing was as expected - a great job. We look forward to working with you again."
Royal Bank of Scotland (RBS)