Enhancing a number plate provides a clear guilty or not guilty result.  However, often enhancement alone will not make or break a case. With faces for example, we can make the image clearer, but how much clearer does an image have to be for a jury to come to a different conclusion?

Best Evidence Technology can present your footage to best show the facts. Often these presentations use relatively simple effects – such as slowing down footage, or drawing a ring around the action that you want to make clear to the viewer. 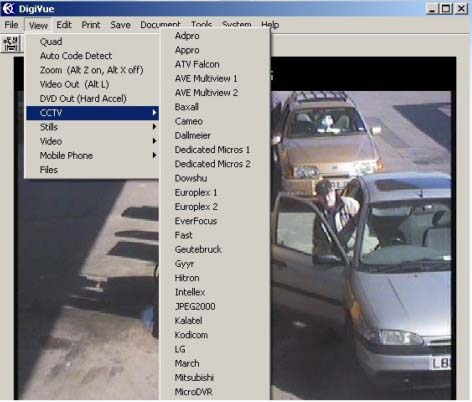 We can provide editing and compilation services to clarify evidence

Every job is unique – so please call us to discuss your case. Here are some examples of cases where our work has helped solve complex problems for our clients.

We were supplied with footage from a gangland murder in London. Approximately 25 individuals had spilled out of a nightclub and the CCTV footage was very confusing.  People were moving around very quickly and the CCTV operator was moving the cameras around a lot – so the subjects would go on and off screen regularly.

We enhanced the footage, then produced a single DVD with our client identified using a blue circle.  Whenever he went off screen, we cut to another camera, which could see him.

The offenders were highlighted with red rings, and the victim in yellow. The finished product showed very clearly that our client’s blue circle was, at no point, near enough to the victim to commit the crime. The verdict was not guilty.

Assault outside a nightclub

A six-foot tall man was charged with assaulting a five-foot tall woman outside a nightclub. He claimed self-defence but things weren’t going well for him.

We enhanced the footage enough to make clear the actions of both the man and the woman, but the images were still very poor. A DVD was made for court that showed her actions, zoomed, slowed down and repeated with titles and highlights making everything clear for the viewer.

When the woman was presented with our video evidence, she changed her claim from, ‘man punched me’ to, ‘I was hitting him in the face with my stilettos so he hit me back’.

Very dark footage can hide a wealth of detail

In this case, a man has been accused of armed robbery. The evidence against him is that his face has been shown on CCTV footage, 30 minutes prior to the offence, filling up a blue Mondeo with fuel. The same vehicle appears to have been used in the getaway.

The police had seized the vehicle and produced a reconstruction using the fuel station’s CCTV.

Our DVD used two pictures, side by side on screen, to highlight to the viewer the similarities between the vehicle the accused was filmed filling up and the vehicle that the police had seized. These included the position of the tax disc, a second sticker in the windscreen, an air freshener hanging from the mirror, colour coded mirrors and door handles, a sports trim and alloys.

Verdict? The court accepted that the vehicles were the same and therefore the footage did show his face.

Call us now for a free, informal chat about video forensics and our editing and compilations services – 01312 722721

"At the trial the lighting was brought into question and, as a consequence, your video was viewed by both the prosecution and defence counsel.
"The issue was quickly resolved and both parties commented on the professional quality of the film. Clearly the video saved court time and added to the quality of the evidence provided to Counsel."
Staffordshire Police